Come to think of it, after the men did the gate-crashing and the girls were sweeping me off to the wedding, the last clear memory I have of that fateful day was asking B to make sure the cake got to the church in one piece.

Okay, let’s back up. The night before the wedding was reserved for the wedding rehearsal. There I was, suddenly finding myself with a grand ol’ group of volunteers and ceremony participants who were all expecting me to do something. I froze. No one ever told me the bride was in charge of the ceremony rehearsal.

Then somehow things clicked and we were all marching down the aisle to the tune of Devin’s piano. Have I mentioned that our pianist was an old friend from high school who had graciously offered his playing as a gift? What a blessing, and what a brilliant, brilliant man. Somewhere another dear friend from university (Eunice Hau; check her company out!) and her colleague were clicking away, looking for places with the best shots. In a different room Char was in charge, directing volunteers to help with decorations and make food for the night. And walking up and down with Jack and our families were our friends, bridesmaids and groomsmen hand in hand.

In no time at all we were doing exactly the same thing on the very next day, not even 24 hours after the rehearsal had taken place.The wedding itself was full of laughs (don’t use fat candles for the candle lighting ceremony, because those candles don’t easily transfer their flame) and everything went by so quickly. We finished the day with wedding party photos, dinner and finally a hotel stay (first time together!)

They look pretty but they can’t pass a flame to each other for the life of them.

This is the part where I forgot part of my vows. 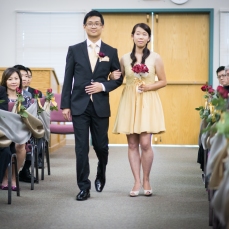 Best man and maid of honour. 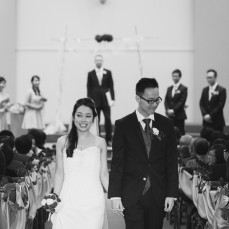 The best volunteers in the world all prettied up and shining. 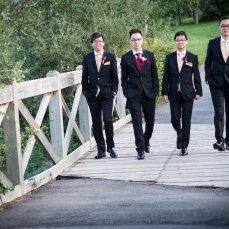 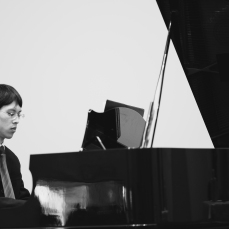 The best volunteers in the world.

The best part of a wedding really is the unity, I think. I don’t just mean the union of the bride and the groom as a sacred bond before God, because that goes without saying. I mean the unity and the comm-unity that forms together during the whole wedding process. I’ve mentioned this in an earlier post, yes, but weddings aren’t made beautiful by the decorations or the dresses or even the weather. Weddings are lovely for the eyes that shine and the sighs that breathe and the hearts that are joined altogether for several shining moments. (Mind you, Char and her crew did an amazing job with the decorations anyway :D).

Perhaps the biggest regret I’ve had since the wedding is that I should have put more effort into preparing my thank you speeches. I am a slow thinker and composer and my thoughts in raw rarely come out in the right ways. My biggest goof was a part in my speech where it sounded as if Jack had taken the place of my dad, which isn’t logical at all. Dad, I meant to say that you are the manliest man I know, and no one ever measured up to the standard you set until Jack came along. You’ve always provided and always listened and I look forward to the days where I might do some of the same for you.

Apart from that though, the night was brilliant, and that was that for the wedding.