London has a plethora of free museums, and most of them take more than a day to explore. The Natural History Museum is one such place.We started off the day with a big breakfast, because I get hungry plenty. Plums come in abundance here and I’ve started to make pancakes without needing a recipe. Hurrah! 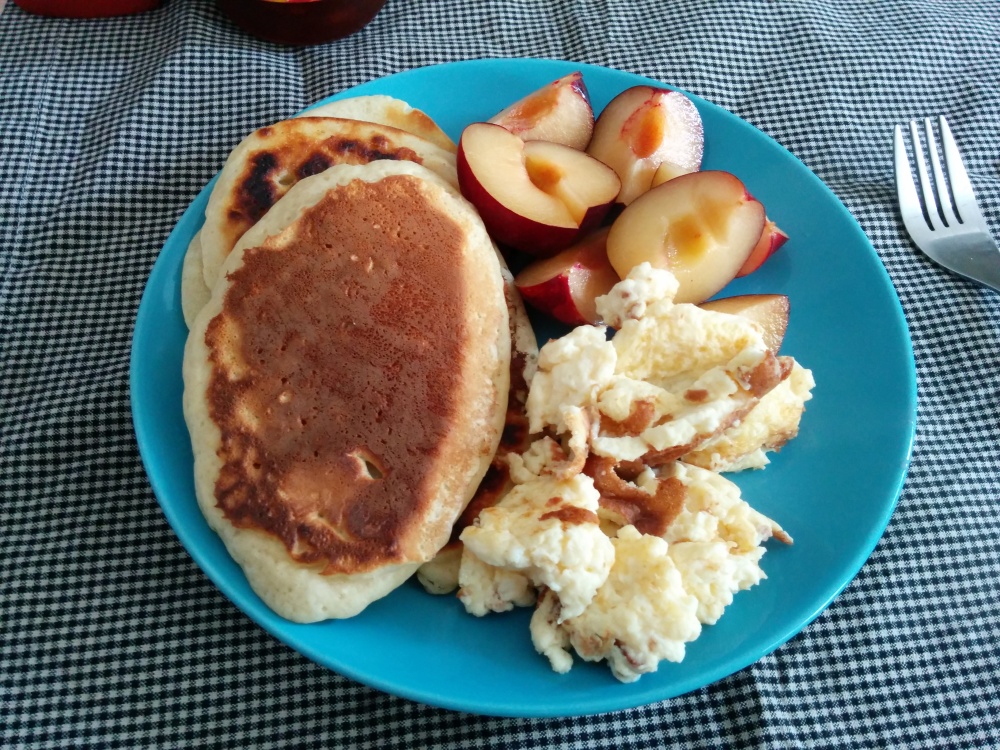 After having eaten a  big breakfast (I’d say good, but since I’m the chef my opinion’s biased so maybe you should ask Jack XD) we made our way over to the Natural History Museum just as it opened.

The architecture in many parts of London is really something to be marveled at. Upon arrival at the museum I was so in awe of the magnitude of the building’s proportions that I just sorta stood there in awe, kinda like this: 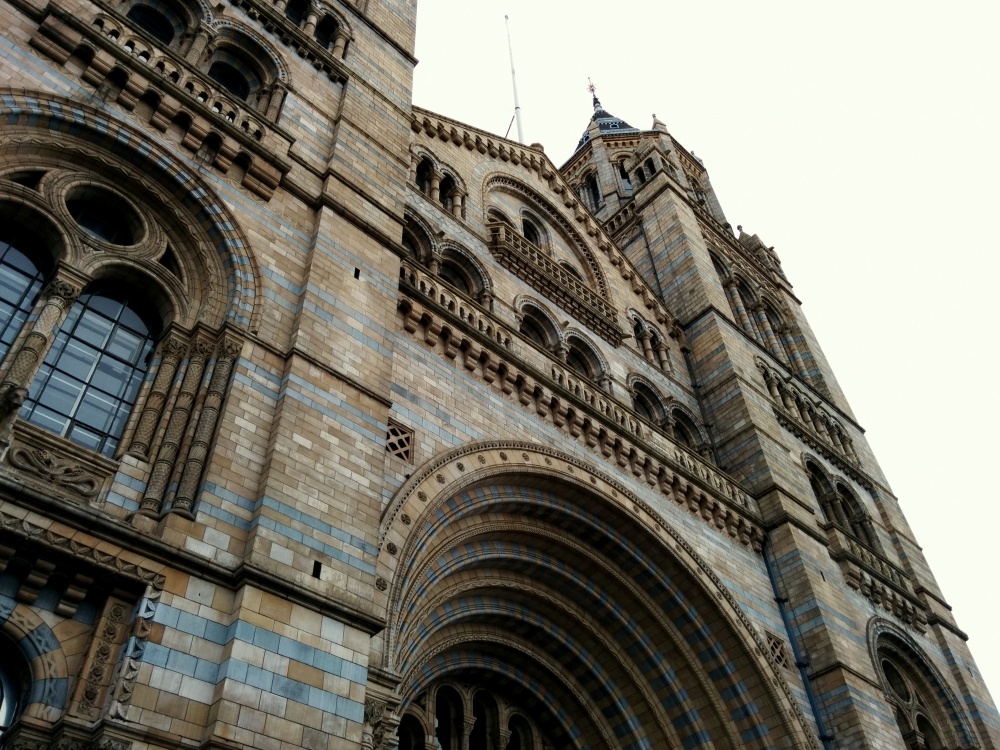 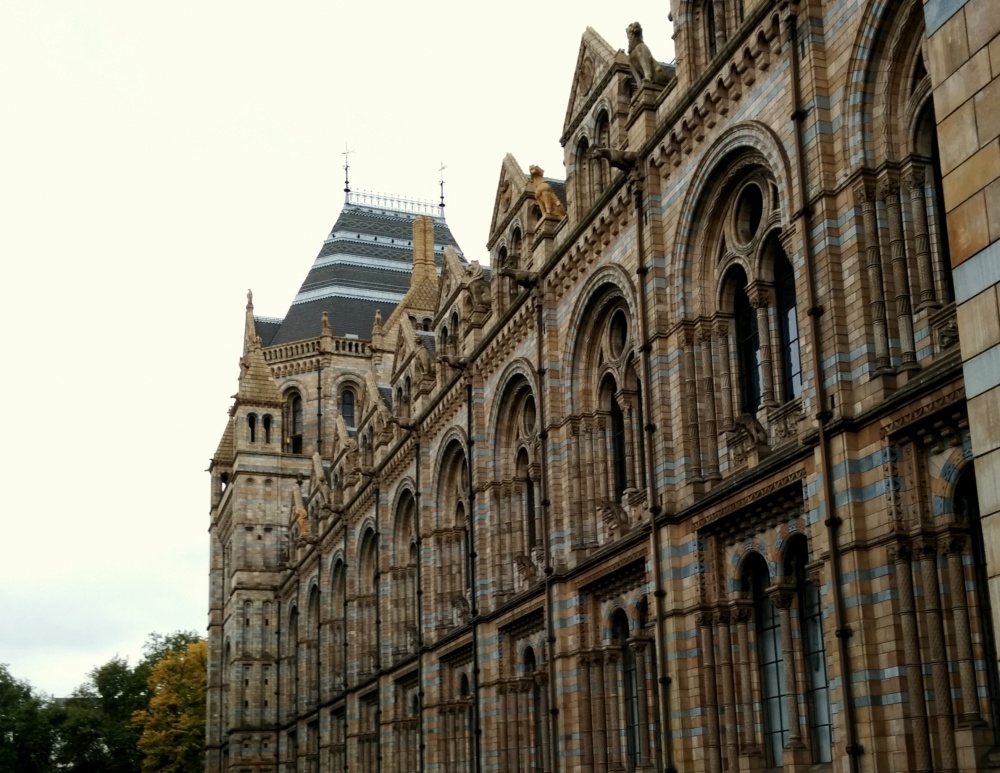 The whole place is just fabulous, because you hurt your neck just craning it to get a view of the colossal size. I’m pretty sure that’s not the largest building in London, but it must come close.

Traveler tip: If you’re planning on making your way here, be sure to arrive early when it opens (10 AM on most days). The wait to get in wasn’t long at all but in the afternoon (when we were still meandering around the place) the entrance was packed and the lineup slow.

Inside the crowd was directed into the currently featured museum: dinosaurs! 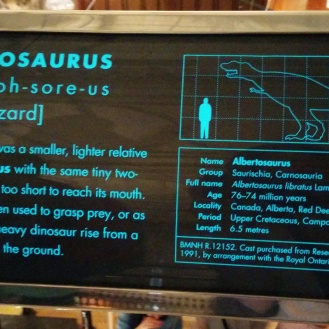 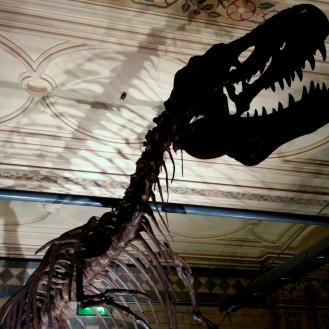 Again, there was a lot of neck-craning going on that day. 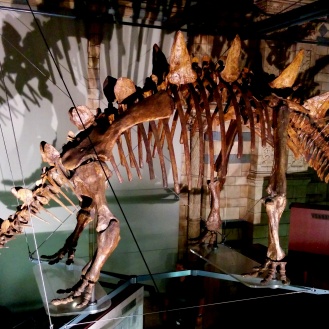 Stegosaurus! Or the tuojiangsaurus – I can’t remember which. Still, dinosaurs! 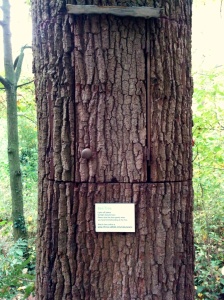 Museums with lots of interactive exhibits are the best. There was a neat area showing different ecosystems of England, where researchers recreated different areas of native English land like bogs and swamps (cheery, eh?). Within this outdoor garden stood a bee tree: literally a tree full of bees and their hive with a sign that invited curious passerbys to open a door carved into the stump to view the bees in all their glory.

I didn’t dare, but my fear of being stung again fought hard with my curiousity, resulting in a good ten minutes of indecisive walking back and forth between Jack (who had wandered on ahead) and the tree (of which the doorknob beckons to me forevermore).

Forevermore. Bee tree, you are sure to reappear in my dreams some day as the door that was never opened.

Bee tree aside though, I also think that museums with lots of models of animals are great fun. Some were too cute to pass by without a picture, and others reminded me of how strange the natural world is. Okay, so I ended up taking more pictures of the models that made me laugh out loud (and made other museum-goers look at me with concern as I giggled with my phone camera). And yeah, sure, some of the models used to be animals that were alive. They’re dead now though, so they might as well be put into a museum for people like me to gawk at (please don’t anyone take that comment seriously). 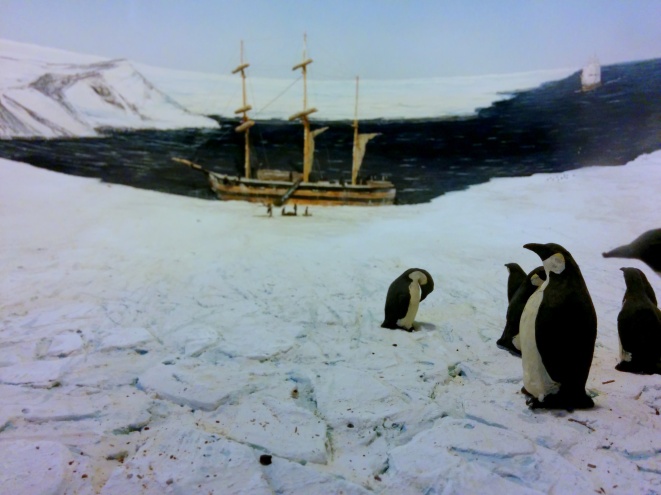 This was actually a very well done diorama, and not another section in the museum. 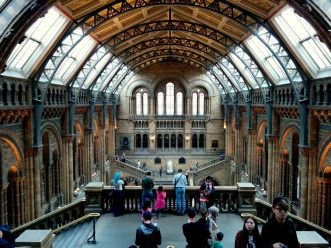 Again, the grandeur of this place is crazy. 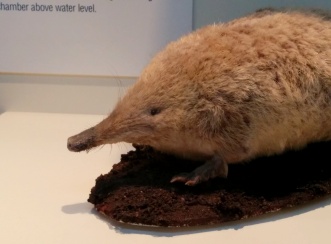 My new favourite creature. Unfortunately I forgot to take a picture of its name too. 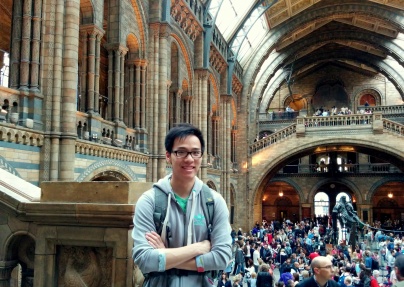 This exhibit was pretty hot.

Ruin marble, so named for the naturally occurring designs on the slate that look hauntingly like devastated cities.

This one made me laugh. 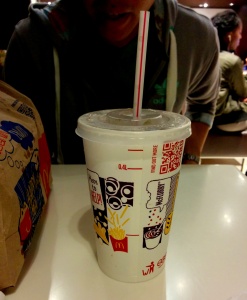 There was one other exhibit that I enjoyed but couldn’t photograph because it was in a high-security area, but there were rows upon rows of so many different stones that preceded an area called the Vault, a display section of some of the world’s most valuable jewels. If you’re in the area you should check it out.

We ended off our day with McD’s, and the realization that the medium size drink looks slightly smaller than the one we get in Canada. Hurrah for smaller sugar portions all around, and furry critters and derpy creatures. Cheerio for now (=