Although the school year in the UK is much more spread out than the Canadian school year (we started 1 September and will proceed until 21 July) there are a few more extended holidays in the school year, giving Jack and I the opportunity to explore other countries nearby. First stop at the first half-break at the end of October? Edinburgh, Scotland.

Because we were going by train, Jack and I began our morning by getting up real early and taking transit through the frigid London dawn until we reached King’s Cross Station. The train ride wasn’t too long and we spent most of it either gaming, reading Harry Potter and the Philosopher’s Stone, eating digestive biscuits and falling asleep.

Upon reaching Edinburgh, we found the air much chillier than we had both expected. That thought was quickly banished from our minds as our jaws dropped in awe at the soaring towers surrounding the station. 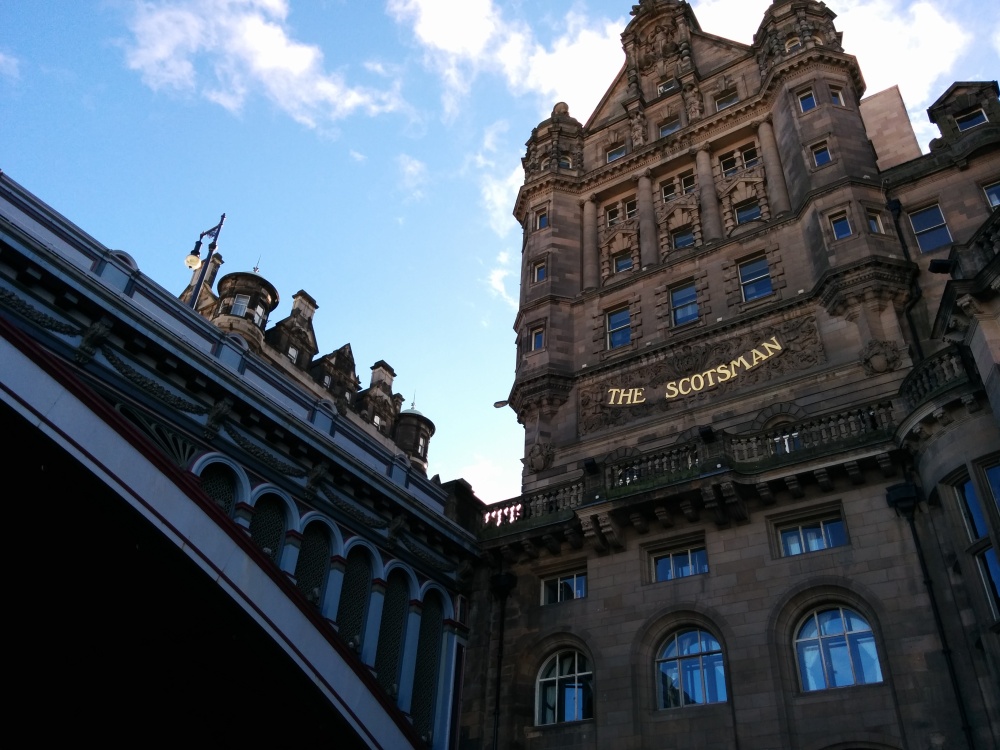 As we kept walking, our excitement increased. There were cobblestone streets every which way (we would learn later that we were in Old Town), the buildings were magnificent and a weighty sense of history loomed all around us.

The air was brisk, the sky was bright and then, unmistakably, the strains of a bagpipe playing to the morning reached our ears. I laughed for joy.

Having found our hostel (first hostel experience and more on that later!) we dropped off our luggage in their check-in lockers, ate a place called The Outsiders (review to come soon!) and made our way to the National Museum of Scotland. At the museum I tried to be academic and attend a lecture by a storyteller / historian… but then Jack and I both promptly fell asleep. Student life ftw. Below you also see the light from a lighthouse, a whale’s skull, and the roof of the museum. And Jack, of course. 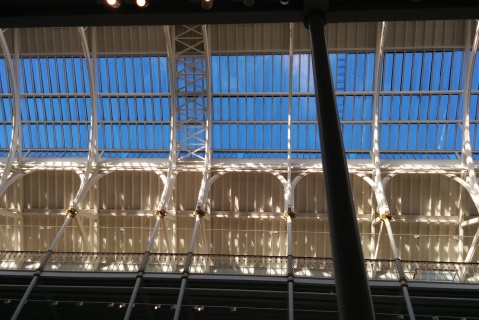 Evening came on soon enough and we dined at Bar Kohl (yet another review to be scheduled), decided to call an early night and watched anime in our hostel.

(Remember, these photos enlarge into a slideshow for your viewing ease if you click on them!)

The hostel that we were in, Budget Backpackers, was pretty chill. Upon arrival we received bundles of fresh linen with which to make our beds and the dorms were bright and cheery. The breakfast that they served also wasn’t bad at all. The next morning we ordered a full Scottish breakfast (fried tomato, egg, rashers of bacon, hash brown, beans, toast, sausages, black pudding and haggis) and berries on waffle – sharing the two dishes resulted in two very happy Asians. 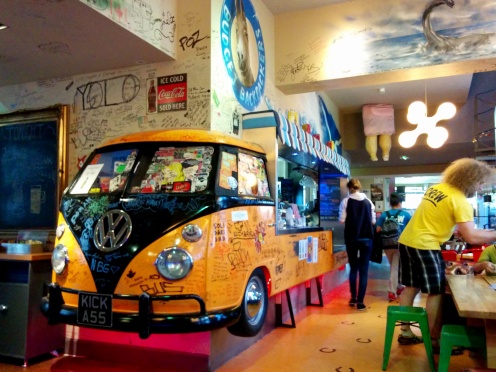 Our first big adventure in Scotland was to climb Arthur’s Seat, an extinct volcano sitting within city limits. Not only was it the highest point in the city, but by climbing it you could earn a view fit for a king, land and sea that stretched out for miles around.

The sky was clear but the winds were so fierce that several times even Jack was blown off course. We learned to crouch and scramble in between the gusts of wind, especially as we neared the top. Within the hour we were at the top, closely followed behind by couples like us, adventurous seniors and families out with small children. The view was gorgeous despite us not being able to hear anything over the roaring of the wind. In some instances I had to brace myself against the small stone pillar that marked the top of Arthur’s Seat so I didn’t fall over the side while taking pictures. 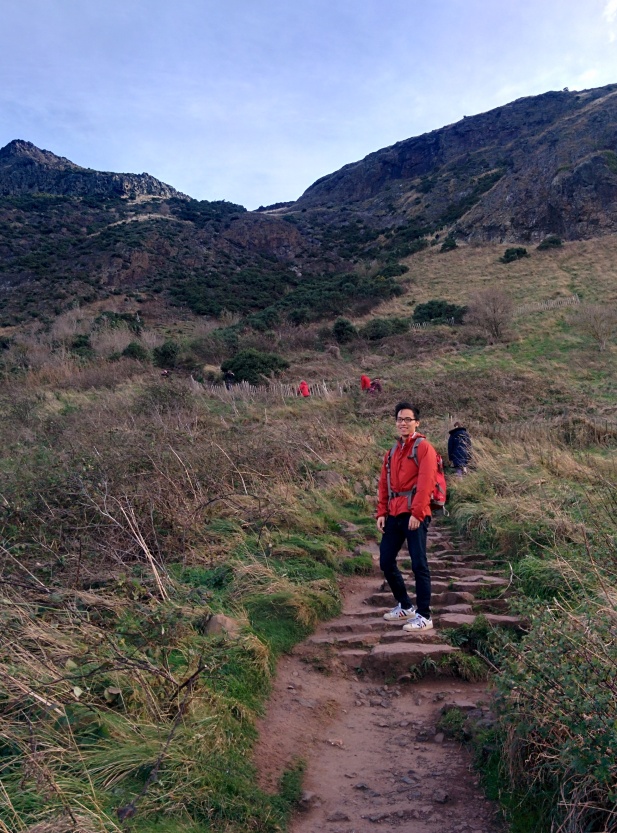 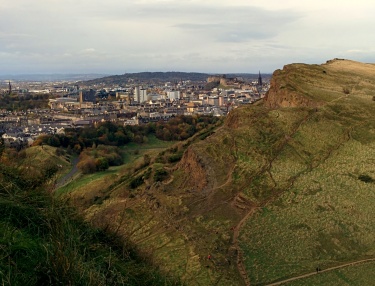 We were knackered by the time we got back down to the bottom, but the day had really just begun. More of Edinburgh in next time’s post!