Sometimes I make things that I like, but Jack doesn’t like, and then it means a lot of food for me.

I should try doing this more often.

There was one lovely lazy Saturday morning where we decided to have a lie-in instead of exploring central London, so I decided to make use of the bread heels that I had been freezing and the surprise apples that had found their way into our house (I actually don’t remember buying them) and make… bread pudding!

In my defense I was feeling very English. And bread puddings are English, right? (Here’s a recipe similar to the one I used, if you’re interested).

So we start off here with two apples. I think one of them was from a student. 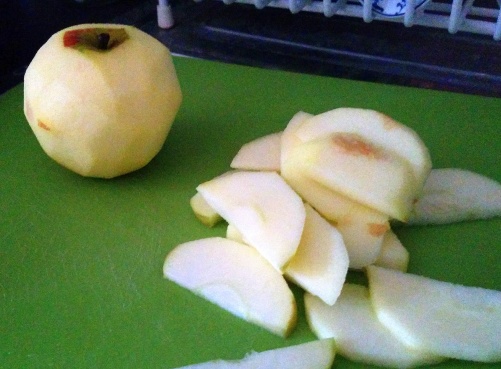 Then we tear up our bread heels.

… whip up a mixture of eggs, milk, cinnamon and sugar…

And pour over the whole shabam. I mean, bread mixture. Add a decorative flower on top with your remaining apple slices. 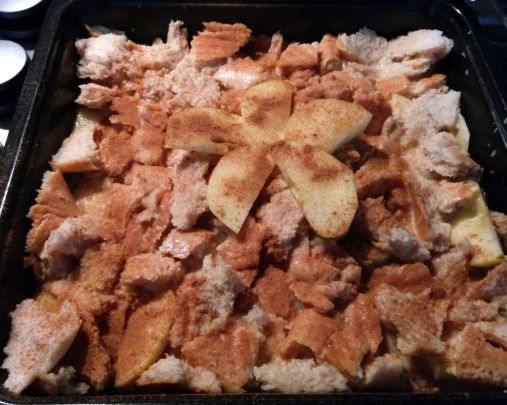 Bake for a while and suddenly you’ve got apple pudding. Serve with warm custard and enjoy it mostly all to yourself because Jack doesn’t like bread puddings. The texture was that of a moist, soft loaf which unfortunately lacked texture but scored alright on texture. 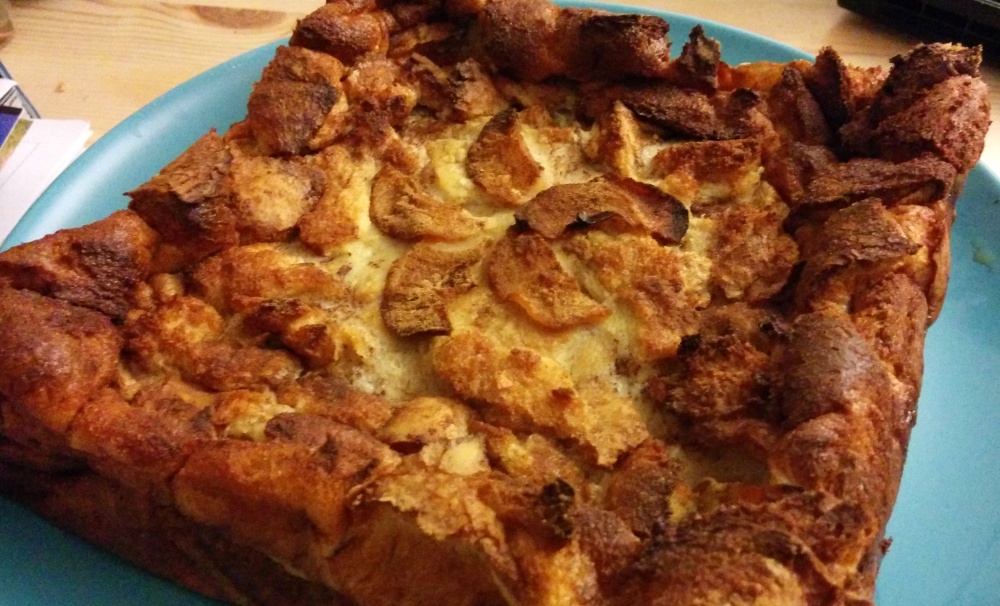 Eventually I’ll get around to making a better one, albeit a smaller one in case I have to eat it all again. Toodles!