The thing about British museums is that many of them are packed with goodies to see and admire. One museum can easily fill up a day (or two!) so it’s no wonder that we took so long to finally check out the Victoria and Albert Museum.

In the Victoria and Albert Museum (hereafter the V&A) there are a good deal of statues, treasures and artefacts to see. The exhibits range from massive reproductions of architecture from around the world to miniature polished silverware.

Those numbers are smaller than my thumbnail. FLATWARE FOR ANTS.

One hall had a number of costumes from famous films and musicals while another hall showcased jewelry and demonstrated how filigree pieces were made. 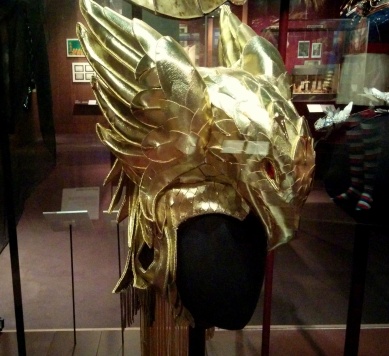 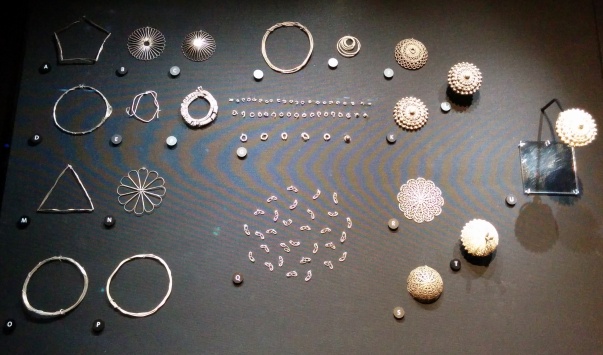 There were, in fact, so many intriguing exhibits (for example, a roomful of musty tapestries led into another corridor of miniature stages used to model set decorations) that I ended up putting away my phone camera and simply enjoyed being in the place. The V&A is certainly a place to visit if you are interested in trinkets and statues and art and toys all under the same roof.

We finally finished walking through the majority of the museum after a good four hours. I can’t say with confidence that we covered everything but we did a fairly good job of visiting almost all the exhibits.

A quick detour led us to try a quick Japanese bento from itsu, a restaurant and takeaway service. The price was pretty high, especially when you look at it in comparison with Canadian prices, and failed to fulfill our sushi cravings. The biggest mistake, I would venture to say, was the rice, as it was obviously neither aired nor seasoned properly.

On we went then, to Harrods for a quick peek. Just think of a large department store, and then double that in size, and then quadruple the prices of all the luxury items. Some areas had carpeted areas that were quite white (probably because few people stepped into the area to purchase the goods shown there) and the prices of watches and handbags were pretty amazing.

The whole experience was quite fun given that the store was in a festive state and our time there made for some excellent window-shopping. I’d recommend dropping into the toy store, if only to see the fantastical chess pieces and certain film-related merchandise. 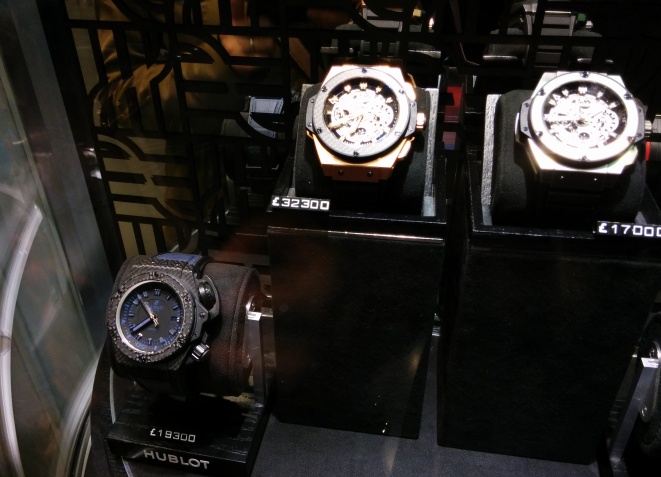 There ISN’T a missing decimal there, guys.

Seriously fantastical chess set, and all brass and glass besides.

Outside the air had become quite nippy, so as people thronged the streets we carefully picked our way through to the station, and to home, stopping only every now and then to admire the lights everywhere. 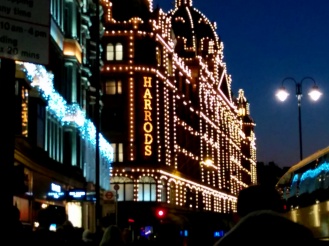