Italian food isn’t really Irish, but it sure is tasty. First though, the Guinness Storehouse!

Our first full day in Dublin began properly at a café called Oh Rourke’s! (34 Bridgefoot Street, Dublin). This was a small locally owned place that cooked full Irish breakfasts for a much lower price than any other café around, so we went here twice and wished we came a third time. The meal was simple: you had a choice of four or five items on a plate and the meal came with toast and tea or coffee. I asked for mushrooms, black pudding, eggs and a hash brown and Jack swapped his mushrooms for sausages.

The owner’s dog, Snowy, would also come by looking for scraps, so I surreptitiously fed him a bit of sausage. 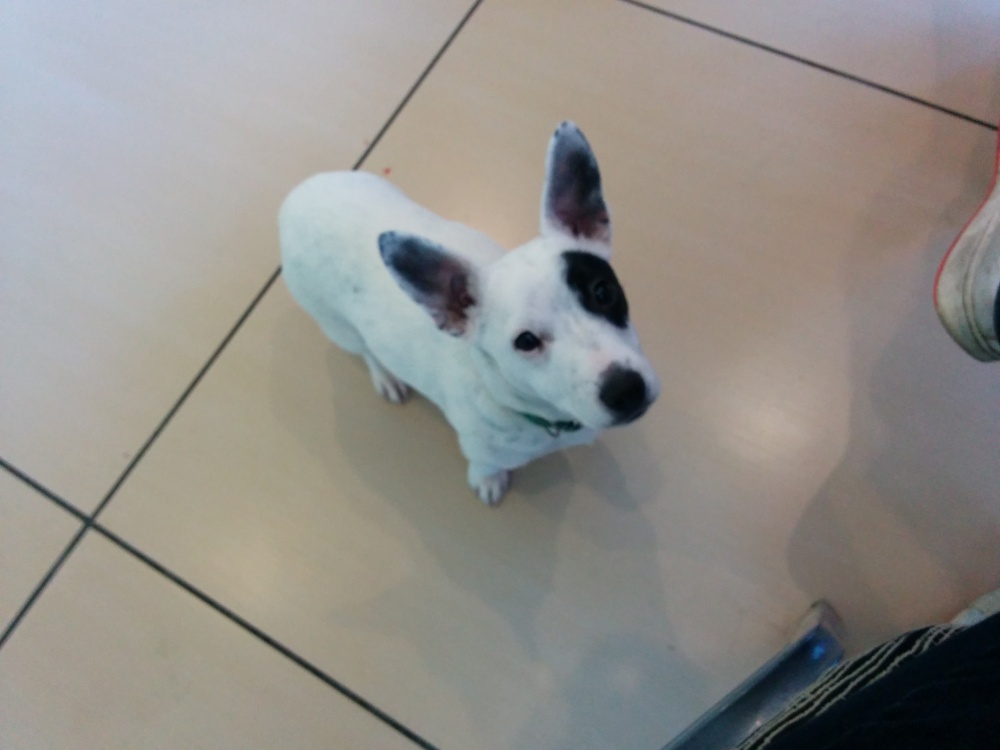 On we went then to the Guinness Storehouse. After you’ve been to one brewery (which we have), most breweries are the same unless they expand their focus and Guinness did this really well with exhibits that covered not only the production of their stout but also the history of workers and commonfolk affected by the business, the marketing of the product and how to taste the brew. 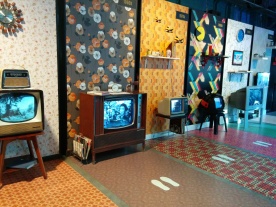 Advertising through the ages. 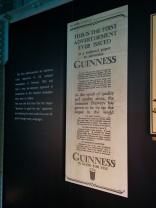 At the very top of the floor you could get your admission ticket stamped so as to learn how to pour the perfect pint of Guinness. We enjoyed that (although I asked Jack to drink most of mine too, haha) and then went upstairs to the viewing tower, from which we could enjoy a gorgeous view of Dublin. 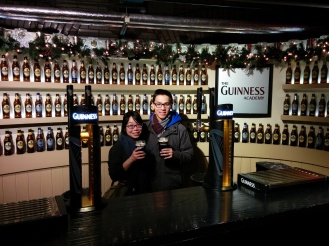 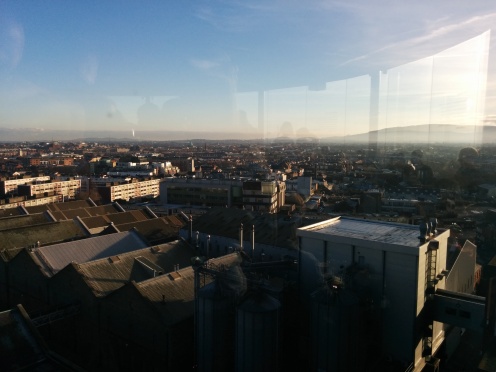 Having had so much Guinness, we decided to have lunch at the brewery as well and ordered a Guinness beef stew, which came with a thick slice of Guinness soda bread. The stew was both warming and rich and kept us cosy all the way until the Irish Museum of Modern Art.

We weren’t allowed to take pictures in the museum but then again we weren’t exceptionally interested by the exhibits there. I think MOMAs (museums of modern art) in general can be hit and miss – the one in Glasgow was really well done, while the one here in Dublin was a bit lackluster for us.

Our night ended off soon after. While we did try to go to the Brazen Head, Dublin’s oldest bar dating back to 1198, we found the place extremely crowded with nary a table in sight. Instead we turned around and headed back into the Temple Bar area, eventually finding an Italian restaurant (Ciao Bella Roma) that served a delicious set menu. Good night, Dublin.