Once again, I do apologize for the month’s break. There’s a lot of explaining to do but we’ll wrap up on the Ireland posts first before updating y’all faithful readers.

Having lunched at the aptly named Patriot’s Inn after visiting the gaol, we decided to go walking around to St. Patrick’s Cathedral. We didn’t go in, but even viewing from afar was grand.

One of the best things about being in a different city though, is not necessarily the landmarks but the streets. There’s something about discovering streets still knowing that I am really just an intruder on the lives of the people who live here every day.

Now although we didn’t enter St. Patrick’s Cathedral, we did enter Dublin Castle, which turned out to look very much not like a castle at all.

In fact it wasn’t until we reached the back of the building that we saw the only medieval remains of the castle, being the wall and the Record Tower (centre). The rest of the castle had been burned away in the fire of 1684 and been rebuilt in another style, thus creating a charming mish-mash of styles both modern and old. 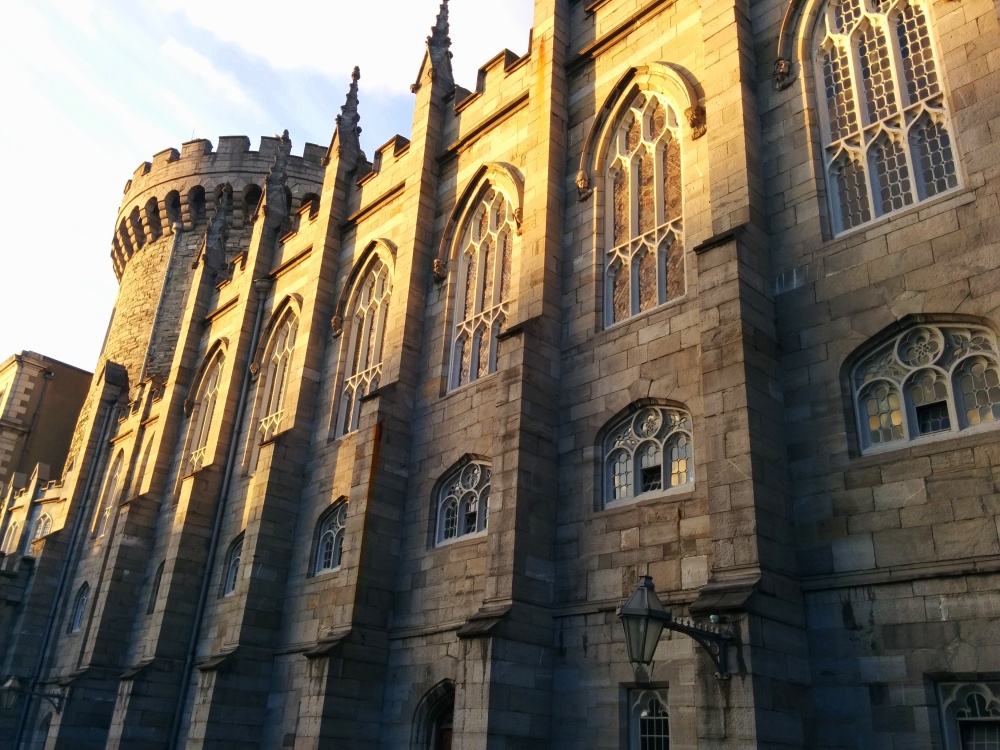 The garden behind was lovely though, and in the nippy December air we strolled around enjoying the wide open space of green and art. 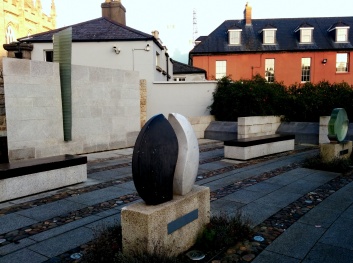 Soon after we left and found a sweet shop along the way, wherein Jack let me purchase a small paper bag of very sour balls. I kid you not, these balls were so sour that I saved some for a student (we had been challenging each other with sour candy) and she declared me the winner… after, of course, she un-puckered her face long enough to finally speak again.

Our day of exploring ended, after an ice cream stop, at Trinity College, where the Book of Kells resides. We were unfortunately unable to go see it because campus buildings were mostly closed for the winter break, so we contented ourselves with walking around the curious alleys and stone buildings that make up Trinity College.