‘Twas a chilly night in Dublin that drove us to look for traditional Irish food and, hey diddle diddle! we found it.

The place looks plenty cozy, with its bright lights, crowded bar and comfortable seats. We were seated at the bar in a corner, in fact, so we had plenty of opportunity to look around. We both went with the restaurant’s value menu (€ 19.90), which allowed us to try both an appetizer and a main course at a slightly discounted rate. 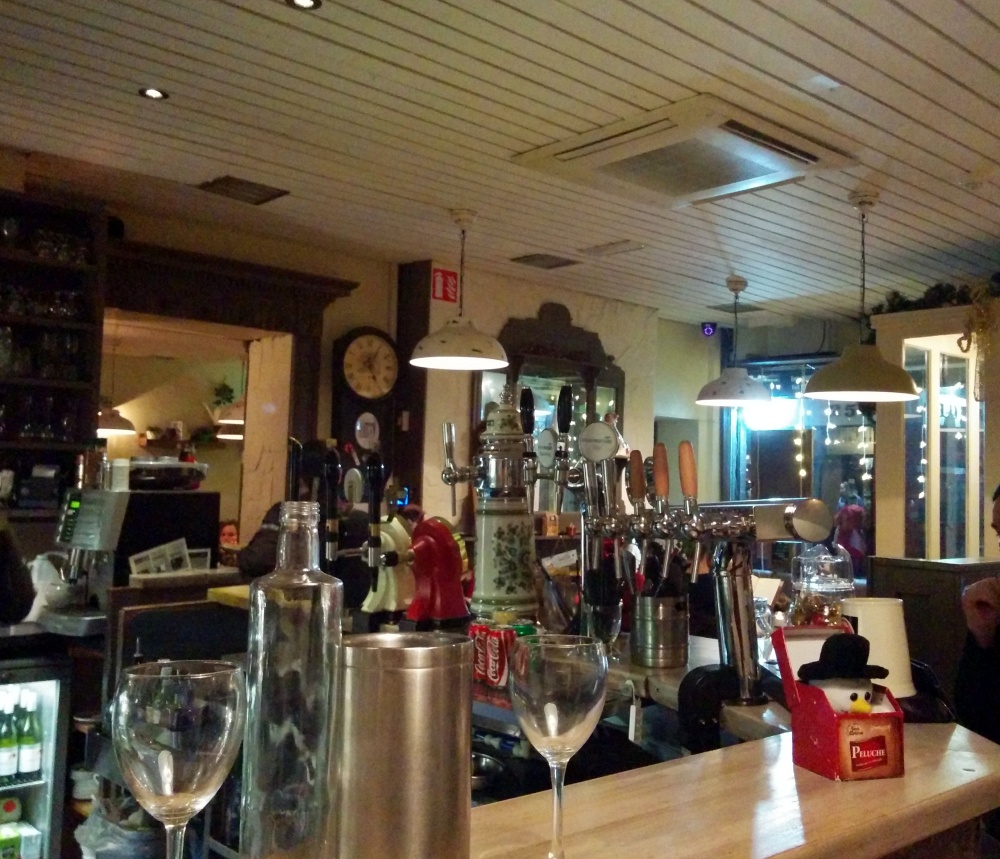 We both decided on the Atlantic seafood chowder (usually €7.90) to begin with. It came, steaming, served alongside a slice of dillisk bread. Dillisk, also known as dulse or sea lettuce flakes, is a red alga that can be eaten sun-dried, pan-fried, baked in the oven, microwaved, ground to flakes, powdered or even right off the rocks. In our case the dillisk was flaked and mixed into a batch of soda bread. Not only was the dillisk bread soft and flavourful, but also the chowder was packed full of fish, mussels, shrimp and potatoes. Oh guah. (There’s an expression I haven’t used for a while). 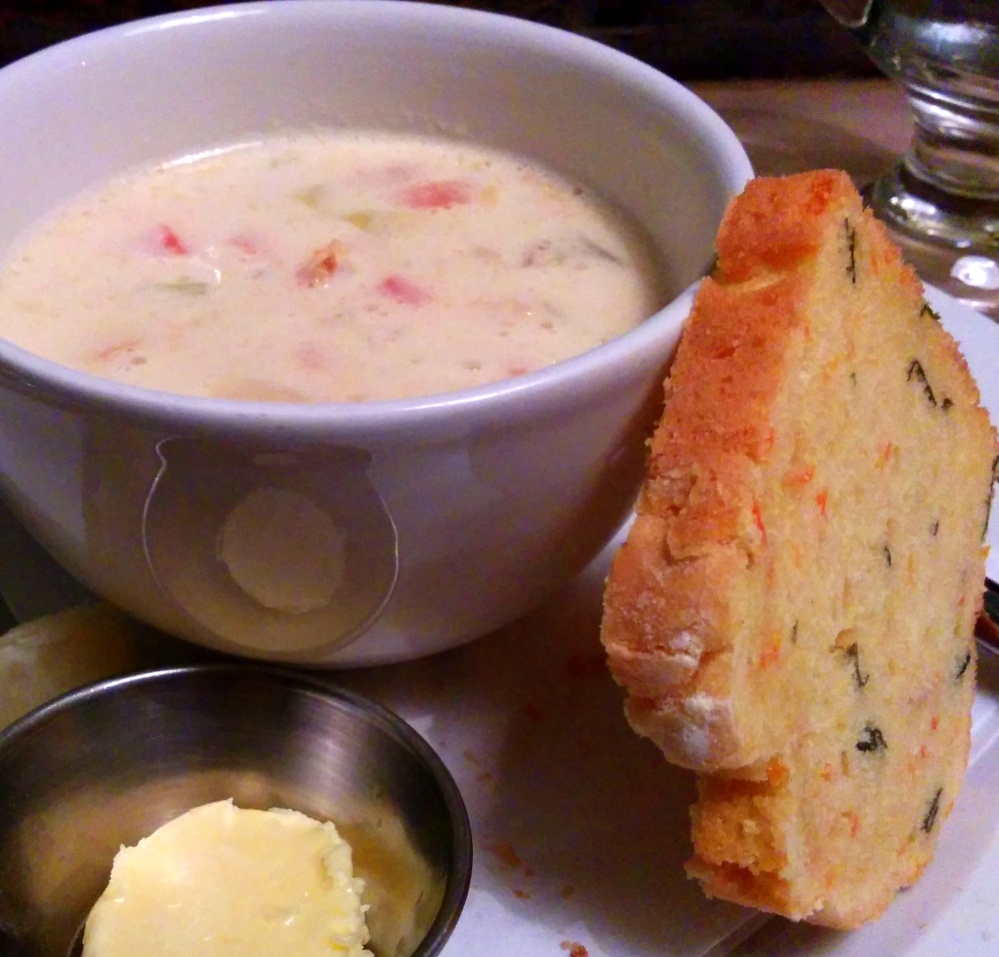 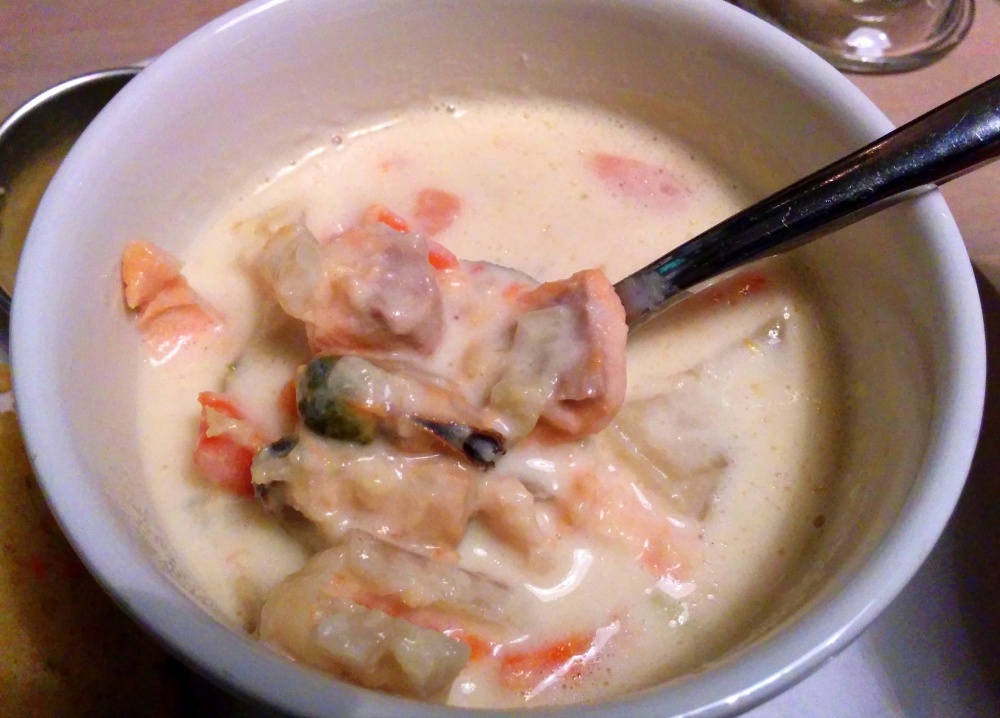 By the time we finished our chowder we were half full but the main dishes were yet to come. Jack ordered a chicken boxty covered in smoked bacon and leek cream (€16.90); that is, a potato pancake stuffed with free range chicken and garnished with a simple salad. Jack enjoyed the dish immensely although we did both find the chicken a little lacking in moisture.

In the meantime I was quietly chowing down on the delicious Irish lamb stew set in front of my face, also accompanied by another slice of boxty bread, being more potato bread. The carrots were soft, the barley tasty and the lamb was really oh-so-tender. Although the portion didn’t seem like much I realized to my chagrin that I could only finish half the bowl. Jack had to help me finish the rest of the stew, after which we both sat there feeling like a pair of well-stuffed potatoes. 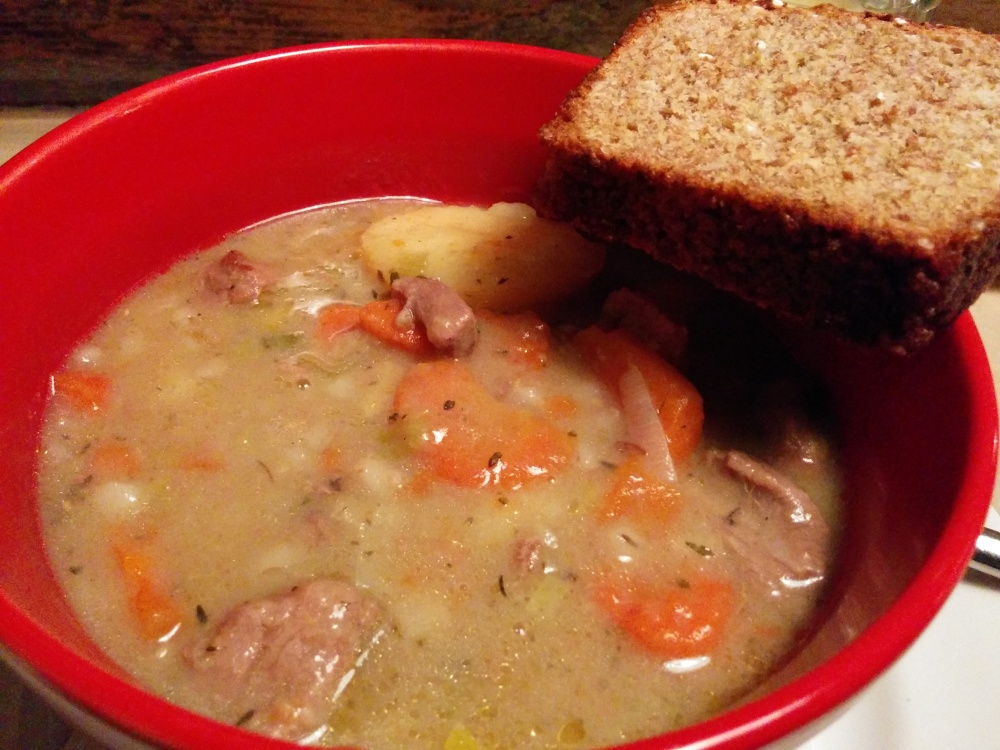 Cons: The menu is a bit more on the pricey side and Jack did find the chicken a bit dry, but otherwise the drawbacks to eating here are minimal.

For the sake of my wallet I really couldn’t come here every night, but this is a must-try-once in Dublin if you’re in town!