Apparently I had posts buried away for the new year. Want to hear about Düsseldorf?

The March that we spent in London was rough. You can tell because the only pictures in my phone from that month were of food: heavy, fatty, comfort food. Delicious, mind you, but we had little energy to think about healthier eating. No wonder I gained weight in London: I was stress-eating. (Jack, on the other hand, apparently burns through calories even faster when he’s stressed, so he lost weight > >).

Happily, the April that came around held two weeks of glorious Easter break. Off Jack and I ran again, onto a plane and into Germany.

Once we landed, we purchased the Düsseldorf Card, a 72 hour card for 19.00€ that granted us access to all public transit as well as free entry into a number of different attractions. This card would prove to be a huge saver, partly because of the costs of admission but also because we could then explore the area around us by transit as well as on foot. 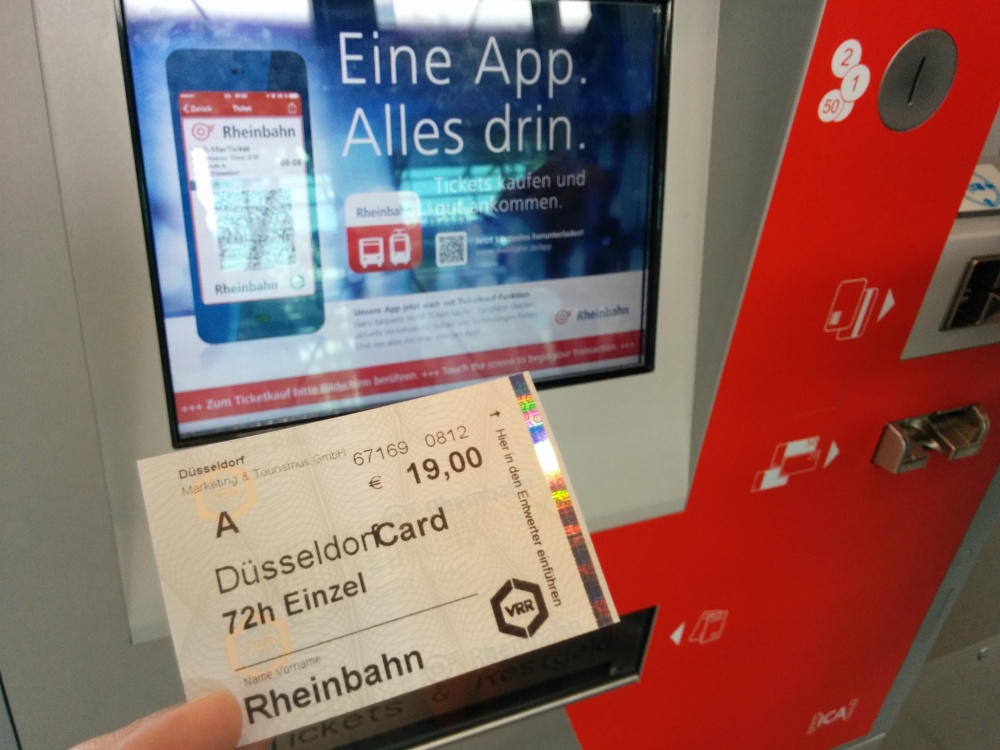 Getting from the airport to the train station was neat too. A trolley-sort of transport rigged high up above the ground made us feel as if we were shuttling through the air to the next landing pad. 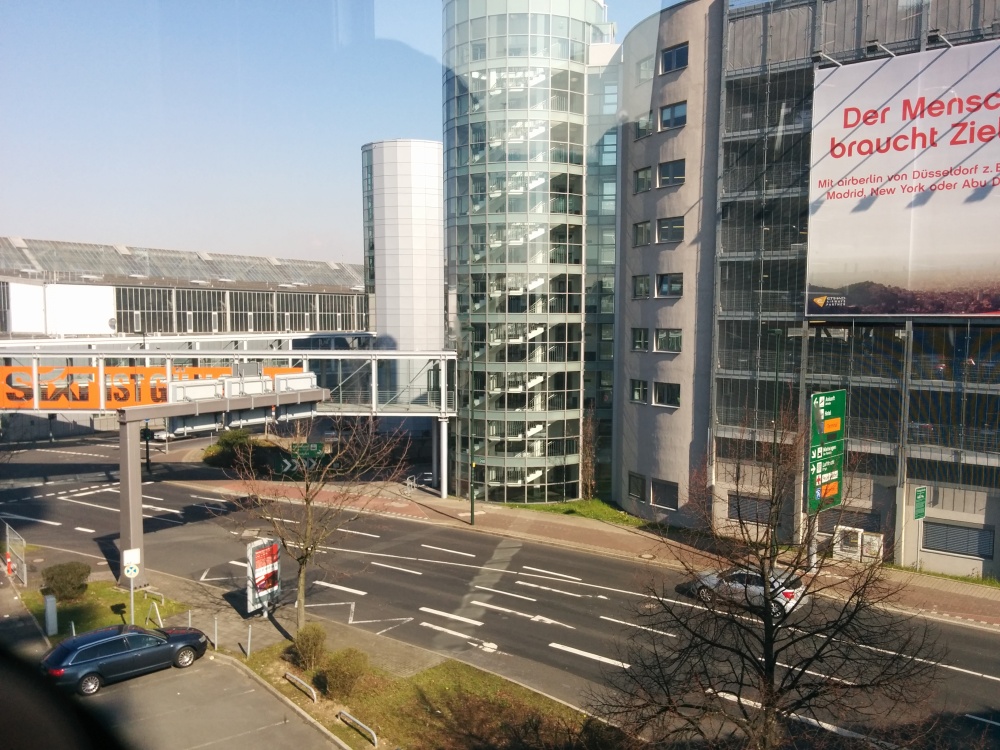 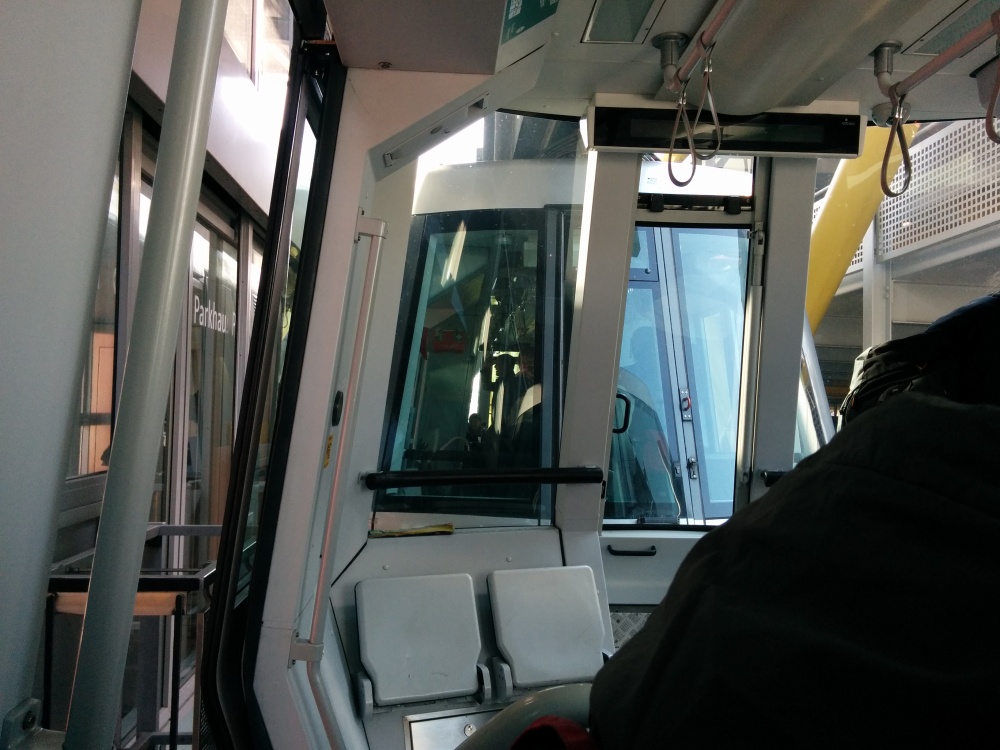 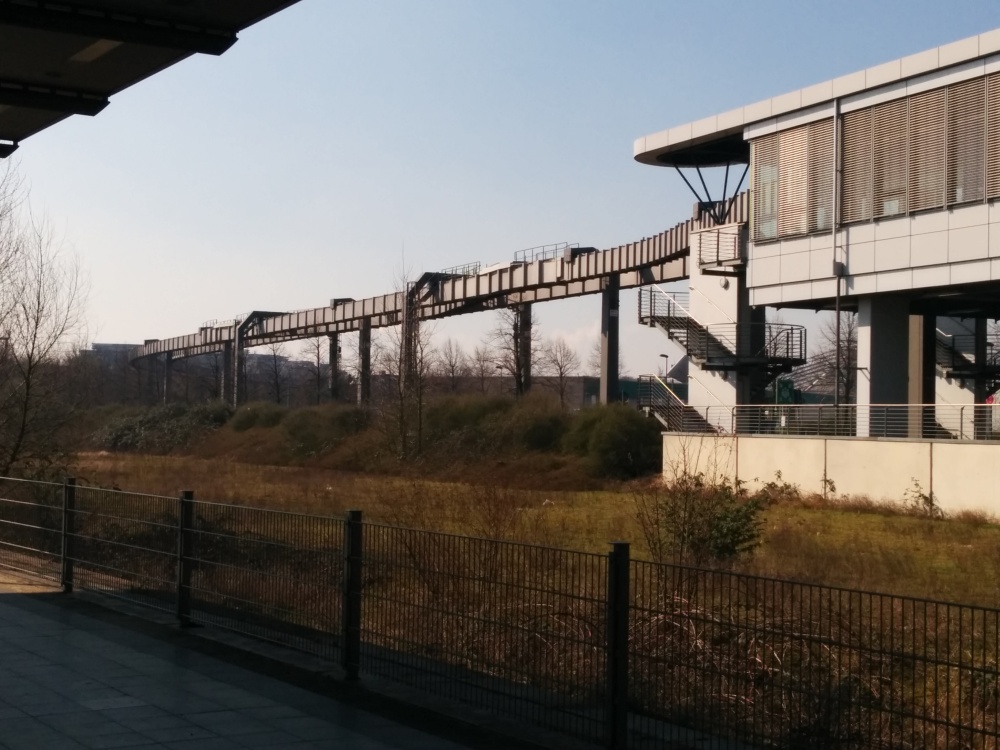 On the lower ground waiting for the train, there was an odd calmness to the entire area. We were obviously arriving at a quiet season. No other travelers stood on the platform. And it struck me that everything was quite clean and neat. Sure, there was plenty of graffiti on the walls headed into the center of the city, but the station itself was quiet and felt efficient. 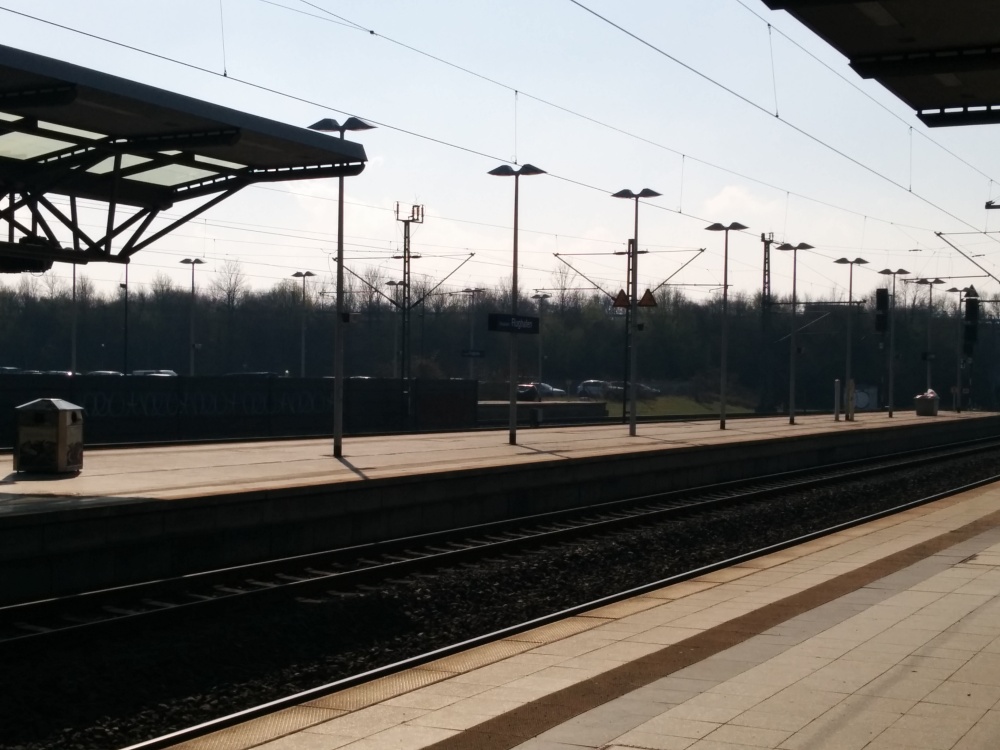 Entering the city, we got off the train looking for the next step towards the hotel. The tram across the street was just closing its doors and we ran towards it, not wanting to wait another 20 minutes for the next train. An elderly lady saw us and stuck her cane in the door, even though she wasn’t getting on herself. Dankeschön, we said, and she waved us on cheerily.

Novum Hotel Flora Düsseldorf was small and unassuming, but when we entered the room our eyebrows raised. Everything was neat, clean and comfortable. Book with them if you’re in the area ^^.