Last time we were discussing Düsseldorf, I know, but there are so many things I could write about that I’m really going to be bouncing around for a while now.

As you may have read in an earlier post, one of the things I’ve been trying lately is to exercise more. The thought, “I’m not terribly unfit. Just resistant to the habit of exercising” is probably the worst excuse I’ve been making to myself up until last summer. I exercised perhaps 5 days or less last summer. Considering we were in Calgary for 40-some days, almost once every eight days felt like an accomplishment.

Then we flew back to China and I stopped working out because of the insane heat. Hooooly smokes, being sweaty is not fun, so why would I want to add to that?

Now Jack, on the other hand, is an absolute machine when it comes to the regularity of his workouts. He’s been steadily increasing the length of his workout from roughly 40 minutes to 75 minutes (and I see no end in sight). So every other night you’ll have us at home: me giggling on the couch, reading Buzzfeed; him busting out the weights, watching anime.

Around November though I began feeling fed up with the fact that I was spending my time on pointless things (i.e. reading Buzzfeed) and not on the things that I really loved to do. I began charting out my time, like so: 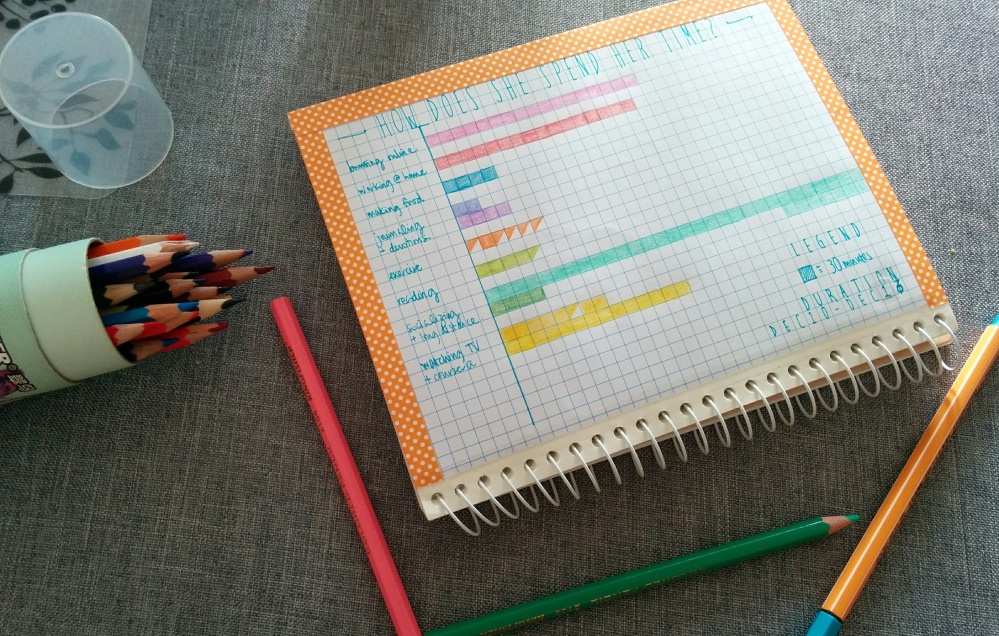 As I continued to document the ways in which I spent my time, and attempt to limit the aimless browsing online that I did, I found that I had more energy and drive to do things that I wanted to do. Instead of lying down on the couch and browsing for hours (sounds ghastly but ’twas true), I looked for ways to avoid picking up my phone without purpose. At the same time, one of the purposeful ways I began using my phone was for the 30 Day Fitness App.

Having chosen the easiest workout of the easiest type to start (the butt, lol I said butt publicly), my hope was that this app would help me get into the habit of working out. As I am due to complete my 30-day challenge in under 50 days, I can say that there’s definitely been an improvement. Not counting the rest days that are included in the app’s plan, that’s 23 days of a little bit of exercise (5-10 minutes each time) in 50 days. I’ve improved from trying something every 8 days to a little exercise every other day on average.

Now the amount of exercise is not amazing. I know. I have not lost forty hundred pounds, nor do I lift 392853 at the gym now. But I’m trying something new in incremental changes to take care of my life a little better, and I hope you’re encouraged, too, to try something new. I’ve got this one life redeemed by Christ and I want to be a good witness in all areas of my life. Big changes start small and the only time there’s shame is when you stop trying.

I wonder if I should try a different challenge next, or stay focused on the butt.