Located right along the River Liffey, Pifko is a mix of café and bar all at once.

Jack and I came here for lunch on our last day in Dublin and were pleased to find that the prices, after deals, were quite reasonable. Jack ordered a beer and burger (€10) and found it pretty standard fare, although the beer he liked quite a bit for its light flavor.

I ordered the roast pork neck sandwich (€6.95) which came with a cup of soup for an extra euro. Choosing the cabbage soup with sausage, I was pleasantly surprised to find that the soup was both warming and tasty; exactly what I needed for a cold winter’s day. The roast pork sandwich was also very well done as the meat was tender and falling apart and the sauce was plentiful. Indeed, there was almost too much sauce, but that was remedied by the four chips arranged on my plate (I thought it funny but they were enough for me). 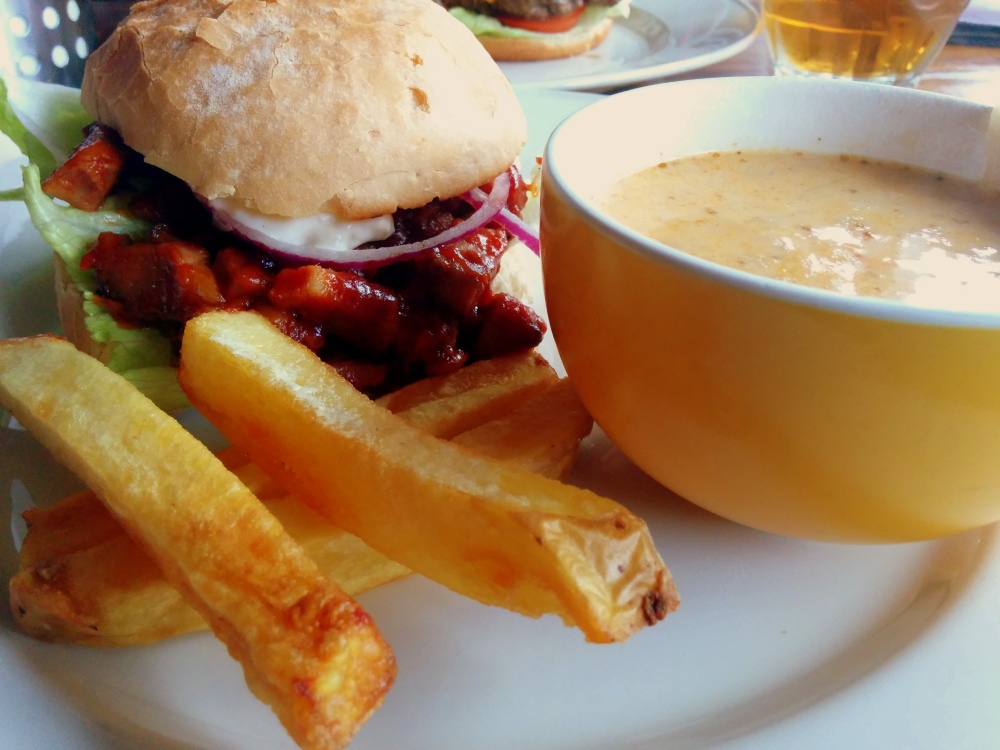 Pros: Food is tasty and the deals are worth it!

Cons: The place is quite dark even during the day and somewhat lonesome. Regular priced items do seem a bit much, but like we said, go for the deals and you’re golden.

I’d come back in a heartbeat for the soup and sandwich deal, if only to taste that roast pork neck again.